Louisiana was crowned the US champion in the 2019 Little League World Series on Saturday. Here's what you can learn from this champion team and their coaches.

While the Yankees and Dodgers battled away the second to last weekend of August, the Little League World Series (LLWS) surged in viewership becoming one of the most-watched baseball telecasts of 2019.

An impressive 3.02 million viewers tuned in to ABC to watch the showdown between River Ridge (Louisiana) and Curacao. In the process, the broadcast of the Little League US World Series Champions 2019 garnered a 1.9 rating.

To put this in context, no Major League Baseball (MLB) game this season has topped a 1.8 rating or 2.91 million viewers. This begs the obvious question. What do a bunch of 11 and 12-year olds have over the MLB?

From sportsmanship to teamwork and love of the game, let's dive into what made the LLWS Series 2019 such compelling viewing.

Not only did the LLWS River Ridge-Curacao game beat out all MLB games this season. It also toppled the College World Series, which boasted a mere 2 million viewers and 1.3 rating at its height during Game 3.

That's right about the time many West Coasters were sitting midway through a church service or making their first batch of coffee. Not raptly watching a LLWS baseball game.

Perhaps because of this, the ratings marked the third-lowest for the LLWS title game series since 1997. Nonetheless, they matched 2012's viewing stats and pulled in ahead of 2016 and 2017.

Had the game been given the primetime slot it deserved? We can only imagine what ratings would've looked like.

That said, even with one of its worst showings, the LLWS soundly defeated the MLB and College World Series on their best days.

Buried beneath all of these numbers and stats is a bigger lesson about the state of baseball in America.

When it comes to College baseball or the MLB, we've all got our favorite teams. As a result, most fans tune in primarily when it involves their team.

But the Little League World Series plays by different rules. Sure, most people have favorites based on geography, but what drives people to tune into the series? Nostalgia, memories, and a fundamental love of the game.

Kids also drive some of this viewership. After all, kids love watching other kids play. By extension, their extended family members and friends end up watching with them.

But what accounts for the older fans? The LLWS captures the innocence of baseball. Far removed from the professional league's commercialism and drug-related scandals, it's a breath of fresh air. And it takes many back to memories of their youth and dreams of baseball fame.

Unlike the College series or the MLB, the games aren't about money. And players aren't crumbling under the stress of Herculean expectations. For two weeks, people can simply tune in and enjoy the game for what it used to be.

The Genuine Nature of LLWS Players

Watching sixteen teams, eight from the US and eight from the rest of the world, battle it out during a double-elimination tournament makes for exciting entertainment. And the authentic nature of the kids makes it heartwarming, too.

Players sleep, eat, swim, and play ping-pong together at "The Grove," just a home run away from the Lamade Stadium.

But more than that, the kids prove sincere, skilled, and funny. More importantly, they exude a genuine joy that's hard to find in professional sports.

No wonder viewers across the US and the globe willingly trade in egotistical, embittered, tobacco-chewing MLB players for a bunch of kids whose sports "doping" consists of diving into a bag of Skittles or taking a long swill from their Gatorade.

What Lousiana Can Teach All of Us

Besides the fact the LLWS makes for great entertainment, there's also plenty that we can learn from Louisiana and its coaches. The River Ridge 13 represent some of the finest examples of teammates in modern baseball.

And a collective example that would put a lump in Babe Ruth's throat.

Sure, some players stood out from the pack like Reece Roussel whose total hits smashed the tournament record. There was also the standout pitching of Marshall Louque and Egan Prather as well as some powerful hitting by each of them.

But when it's all said and done. there were no egos or celebrities among the Little League team 2019 winner. They all played for each other and because they love baseball. Period.

And throughout the tournament, their coaches and team manager consistently reminded them to get out there and have fun. This, in turn, made it fun for all of us. Isn't that what baseball's supposed to be about?

At the center of all of this enthusiasm and team spirit are the team's coaches, Don Abadie and Kevin Johnson, as well as the team manager Scott Frazier. What makes their approach to the team unique?

First of all, none of them has a kid on the team. Second, each is a volunteer. At times, they even take unpaid leave to participate.

What's more, they see baseball for what it is, something much bigger than winners and losers. Baseball, they wholeheartedly believe, can teach kids important lessons about the game of life.

From learning how to work hard to fostering persistence and a can-do spirit, they all believe baseball can produce better, more productive boys. Boys who'll grow into great adults, husbands, and fathers.

In other words, they see baseball as a microcosm of some of the best aspects of American culture. The Little League 2019 champions' perspective and its implications could teach professional baseball a thing or two.

Congrats to the Little League US World Series Champions 2019

What viewers tuned into on August 25th was akin to magic. The Little League US World Series Champions 2019 warmed our hearts and reminded us of what's great about baseball and American culture.

Are you coaching a Little League team this year? Would you like to take some of the lessons from Louisiana onto the field with your team? If so, read on for our nine tips to becoming a better coach.

"It Ain't Over Till It's Over"

Every year, hundreds of kids and coaches travel from all over the world to Williamsport to show off their baseball skills. Many of these kids dream of making it to the big leagues, and with the skills they already possess, many of them will likely achieve that goal.

A Star Is Born

Each year, there's one kid that sticks out amongst the rest. Not necessarily for skills or a great play, but for their personality and funny intro. Last year, it was 12-year-old Trey Hondras from Illinois whose little player factoid stated that he "likes to talk to girls before the game for good luck."

This year, the kid that was destined to become Twitter famous for his intro was Alfred "Big Al" Delia whose intro stated: "My name is Alfred Delia. At home, they call me Big Al. And I hit dingers." 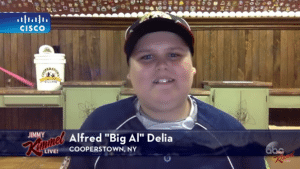 This short and simple statement went viral online and even landed him on several talk shows.

One of the most exciting games of this series was the Hawai'i vs. Georgia U.S. championship game. Within this exciting game, one of the best plays of the series was made when Hawai'i pitcher Aukai Kea had a ball hit directly at him. He caught the ball barehanded and made the throw to first. 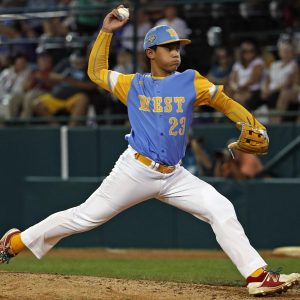 Not many major leaguers can say they have ever achieved this, and this kid did it at 12.

Diving Catch at Third, Makes the Out

Another play that even major leaguers struggle with is a ground ball up the third baseline. If the player can get to the ball, it's a long throw from third to first to get the out.

But Jared Purify of Michigan managed to do just that. He made a diving stop at third and threw the runner out at first. One announcer called it "the play of the Little League World Series."

A Walkoff Starts the Championship Game

We all know that Hawai'i won against South Korea 3-0 in the championship game. While this game was amazing for all the great plays and work put in by these kids (including Hawai'i shutting out one of the best offensive teams in the series), perhaps the best one was the initial walk-off home run scored by Hawai'i.

Mana Kau Long of Hawai'i swung at the first pitch of the game and hit it right out of the park. That certainly set the stage for what would be a triumphant game and win for Hawai'i. 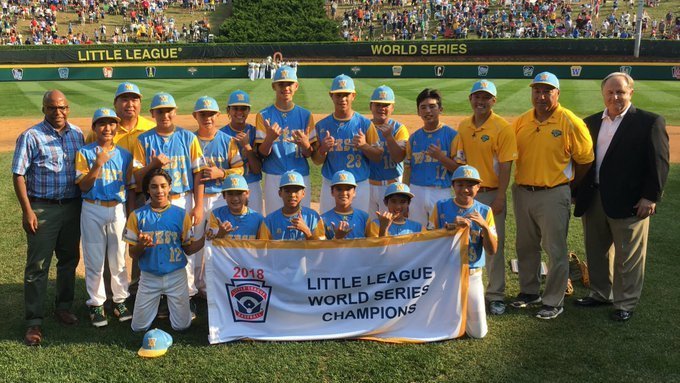 These Little League World Series highlights are just some of the amazing plays and events that happened this year. It was an event showcasing awesome kids and great baseball.

If you want more info about baseball news and culture, check out our blog. Also, consider commemorating this year's world series with a collectible baseball pin.