10 Tips and Techniques Parents of Little League Catchers Should Know

When coaching and mentoring young little league baseball players, there are a lot of unique fundamentals that must be taught to each position. One of the most under-coached positions, especially by coaches with limited experience, is the little league catcher position. The catcher plays a vital role in every game, and his skill set is much different than that of an infielder or outfielder. What follows are ten basic to advance skill sets and tips that should help you be aware of what must be addressed for your young player to succeed at the position and get maximum enjoyment from the game.

1. Make sure your youngster is comfortable: Even the best instruction can be ineffective if the young catcher being coached is uncomfortable. In order for a player to move naturally behind the plate all of the equipment must be fitted properly. Loose knee pads, an oversized helmet or a tight chest protector can cause awkward movements and prevent your young player from being able to have fun and maintain proper positioning behind the plate. Ill-fitting equipment can also frustrate young backstops, causing them to be more concerned with their comfort level rather than focus on training. If you are not familiar with catching equipment, you may wish to seek assistance in proper sizing and fitting from a local sporting goods store that specializes in selling baseball gear.

2. Start slow: When your Little Leaguer puts on the pads and mask for the first time, it is important to realize that this is a new experience for them. The catcher’s glove is nothing like what they have ever used before. Start easy by simply playing catch with all of the equipment on before introducing the crouch. Once you have introduced the crouch, make sure they get plenty of reps catching with a batter in the box. It is not necessary to have the batter swing at any pitches, but having them in their field of vision will help them get used to game situations.

3. Do not over specialize: Old school coaching theory suggested that finding a player’s position early in their Little League career was vital to their success at the higher levels. Current methods find that allowing young players to play all over the diamond will produce a well-rounded, more complete athlete. Giving them some outfield and infield time will also protect their growing bodies from the demands catching can put on developing knees. If you have a catcher that has the potential to pitch a few innings during the season, allowing him to do so can be an incredible benefit to their development.

4. Positioning: It is important to make sure that your catching proteges understand proper positioning behind the plate. They should be in a comfortable crouch on the balls of their feet with their legs shoulder width apart and crouch approximately two feet behind the plate. Their gloved hand should extend slightly forward to give the pitcher a target, but not far enough to enter the strike zone. Their left elbow should be relaxed, never resting on their leg and ready to move to catch a pitch. The throwing arm should be tucked behind the lower back to protect it from being struck with a foul tip or swung bat. They should be instructed to maintain a low position during the entire pitch to allow an umpire to view the strike zone and be ready to move in either direction if a pitch is off the mark.

5. Positioning with runners on base: Once your player has the basics under control, it’s time to move on to more complex fundamentals. One of the first intermediate skills that they should learn is how to adjust their position with runners on base and how to react when they attempt to steal. It is important that they adjust their normal positioning by extending their right foot slightly forward while still on the balls of their feet and their back should be as vertical as possible while still remaining in a low crouch. This position will allow for a more natural and powerful throwing motion if a runner should attempt to advance.

If a runner does break for the next base they should lean forward to catch the pitch and rise from the crouch just as they catch the ball. This technique will take many repetitions to get right. It is important that they do not lean into the pitch or rise from the crouch too soon or they may be called for interfering with the batter or be struck with a bat should the batter swing.

6. Pitches in the dirt: No matter how accurate your pitchers are they will inevitably miss the target badly from time to time, especially when they begin working on breaking balls. Your catcher needs to be prepared to block these errant throws to prevent runners from advancing and to protect the umpire from being struck.

To be fully prepared to block a ball in the dirt, time should be set aside to work on this skill in practice. Make sure your catcher is in proper position and throw balls that will land in front of them. Make sure to start with slower pitches to ensure that your player gets used to moving in either direction. Before moving on to harder tosses, make sure that they have mastered sliding to both sides. Proper technique should be to slide to their knees rather than jumping. Both feet should remain on the ground with their lead knee hitting the ground first and sliding towards the ball. Their back knee should immediately follow and their body should remain square so that the ball with hit their body and fall directly in front of them.

7. Fielding your position: Being a successful catcher incorporates more than receiving pitches and throwing out base runners. The first defender to a bunted or foul pop-fly in the home plate area is often the catcher. It is important not to neglect this aspect of the game during practice.

The most confusing issue when it comes to defending the catcher position is what to do with the mask. On a short bunt or play directly in front of the plate, the mask should always be left on. Taking time to toss away the mask in order to field a bunted ball will waste precious seconds and leave your player’s throwing hand in poor position if a bare handed pick-up of a slow moving ball is necessary. If the batter should hit a short pop fly around the plate area, the mask should come off and be tossed into foul ground away from the play. The ball in flight will be much more visible without the mask, and your catcher will be able to hear directions from their teammates should he not be able to locate the pop-up. These two scenarios should be incorporated into practice sessions so that there is an instant recognition of what to do during gameplay.

8. Blocking the plate: If there is a play at the plate, the catcher needs to be prepared to receive the ball. If the ball is struck to the right side of the diamond, the backstop should use the first-base corner of the plate as a reference point and stand no more than a foot off of that corner. The opposite is true for a ball hit to the third-base side of the field. In general, it is not legal for the catcher to block the plate unless he has the ball in his possession so he should stand blocking the front corner of the plate, but leave the harder to reach back side visible to the runner.
The catcher should give his fielder a large target, but keep his knees bent so that once they receive the ball they can get as low as possible. The throw to the plate should be caught firmly in the mitt, and covered tightly with the throwing hand. In order to prevent injury to your catcher, and have them in an ideal position to get an important out, it is important that they square up with the third-base line, and get low to apply the tag.

9. Repetition: As with any training, practicing and enforcing catching techniques must happen regularly, even when a player becomes proficient. Taking the time during the season to reinforce basic fundamentals will prevent bad habits from forming, and help your players to be ready to build off of their basic skill sets.

10. Advanced strategy: Once your catcher becomes adept at the fundamentals of the position, it may be time to give them more responsibility. Young Little Leaguers are often much more savvy concerning game strategy than they are given credit for. Allow your more experienced catchers to call pitches, and let them call a pitch-out if they feel a runner is going. This will develop the mental aspect of their game and help raise their confidence levels. 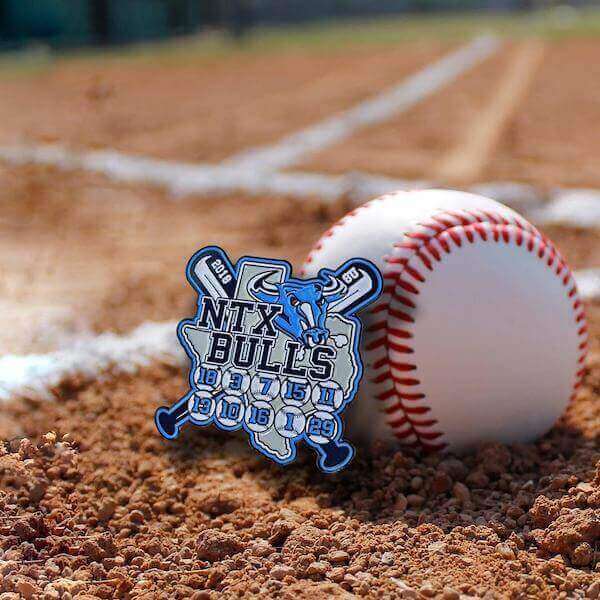 Baseball, Baseball Coaching
The outfield can be a difficult position to coach, especially at the Little League level. Many times, Little League Coaches simply throw players out into the grassy areas of the diamond and spend a significant amount of time launching fly balls in their direction. Once players get older and skill sets become more refined, the […]
Read this post