The 5 Rarest and Most Valuable Baseball Trading Pins 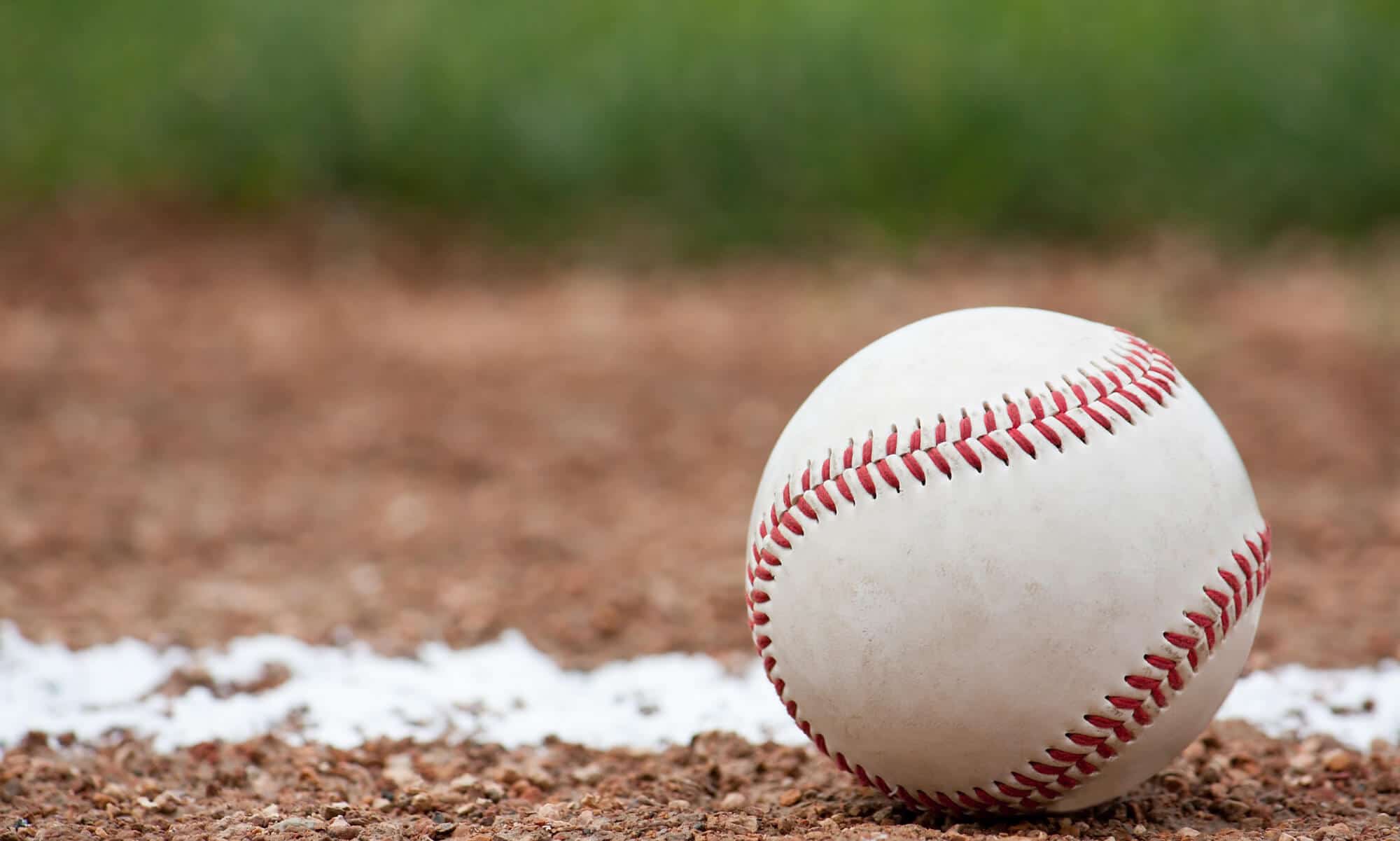 Finding rare and valuable baseball trading pins is exciting! Pin traders are always on the lookout for these collectibles. Here are the five most valuable pins every pinhead would love to own.

Are you an obsessive collector of baseball pins?

Or perhaps you're just starting to build your own collection, and want to know more about what you should look out for.

If this sounds like you, then you need to keep on reading. In this post, we'll tell you everything you need to know about five of the most valuable baseball trading pins of all time.

We'll even let you know where you can find press pins and rare Copperstown pins for your favorite baseball player or fan! 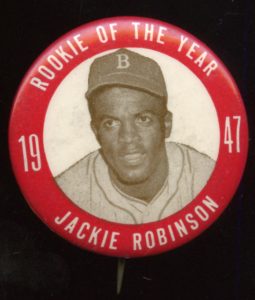 One of the most valuable baseball trading pins of all time also serves as a reminder of the importance of diversity and inclusion.

On the fifteenth of April in 1947, famed baseball player Jackie Robison played his first ever game with the Brooklyn Dodgers. He was the first ever black player to ever step on the field of a major league baseball game.

He weathered torrents of abuse and racial slurs while on the field, but was still named the Rookie of the Year, and then became the Most Valuable Player in 1949.

He would later command the highest salary of any of the other players on the Dodgers team.

Getting your hands on Jackie's Rookie Pin from 1947 is difficult -- making it one of the most valuable pins out there today.

In general, you can expect to pay anywhere from $1,500 and up for this pin. 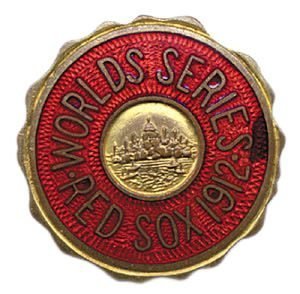 If you're interested in press pins, then it's likely that you already know about the legendary 1912 press pin.

There are lots of different things that make this pin as special as it is.

First of all, 1912 was the year that Fenway Park came into existence.

Additionally, the Boston Red Sox and the Giants faced off in a Word Series that any true baseball fan wishes they'd been able to see. In the bottom of the tenth, the Red Sox were able to come back for an incredible win.

This epic victory makes this pin especially coveted by die-hard Boston Red Sox fans, as a reminder of what their team is capable of doing.

But unless you have some pretty deep pockets, be prepared to admire this pin from afar. In fact, it's so valuable, that the pin has sold for close to $60,000 at auctions in the past. 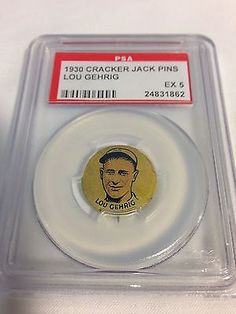 Especially if you have young children, it's difficult to imagine attending a baseball game that doesn't include everyone's favorite snack -- Cracker Jacks.

Cracker Jacks often included specialized collector's pins in their famous snack boxes. One of the most popular was Lou Gehrig's pin.

Though these pins aren't always in the best of shape when they come up for auction (after all, they were included as a prize inside of a snack box!) they're still one of the most valuable baseball trading pins.

This is due in no small part to the tragic passing of Lou Gehrig from ALS.

Another one of the most popular baseball pins that also honors Lou Gehrig?

His Memorial Pin, which was created in 1941, the same year that he sadly lost his battle with ALS. 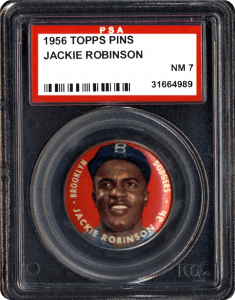 Topps has long been heralded as one of the most successful baseball trading card companies of all time.

An aspect of the company's history that most people aren't aware of, however?

The fact that in the year 1956, the company actually stopped making their cards. Instead, they decided to see what would happen if they focused on making pins.

They made a total of 60 pins. Some of the most popular players included Jackie Robison and Willie Mayes.

While you could buy them for only about 5 cents in 1956, good luck being able to pay that low of a price for these pins today!

The entire set of 60 pins has been known to sell for well over ten thousand dollars.

After all, since 11 of the players on the pins later became Hall of Fame members, it's not hard to see why! 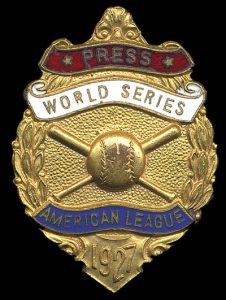 In this final entry on our list of the most valuable baseball pins comes one of the most coveted World Series Pins.

In this series, the New York Yankees took on the Pittsburg Pirates -- and the fame didn't exactly fall in the Pirates' favor.

In fact, the Yankees were able to completely sweep the Pirates, 4 to 0. This was the first ever sweep that an American League team made over a national one -- so it's certainly cemented in baseball history.

Another aspect of the game that makes this pin so popular?

Baseball legends Lou Gehrig and Babe Ruth both played in this game.

In the past, this pin has fetched prices that come close to $6,000 -- so, it's certainly worth saving up for!

Want to Learn More about the Valuable Baseball Trading Pins?

We hope that this post has helped to better educate you about five of the most valuable baseball trading pins on the market today.

Of course, we know that for true fans, the price point isn't really what matters. Instead, what's important is the history behind these iconic baseball pins.

Are you interested in adding to your current collection of baseball trading pins? Maybe you'd like to gift a few pins to your Little League Player?

Whatever the case, we're here to help you find the pins you've been looking for.

Be sure to check out our pins to learn more about what we have to offer. Finally, keep on checking back with our blog for even more baseball history tidbits!

The Filthiest Pitches in Baseball 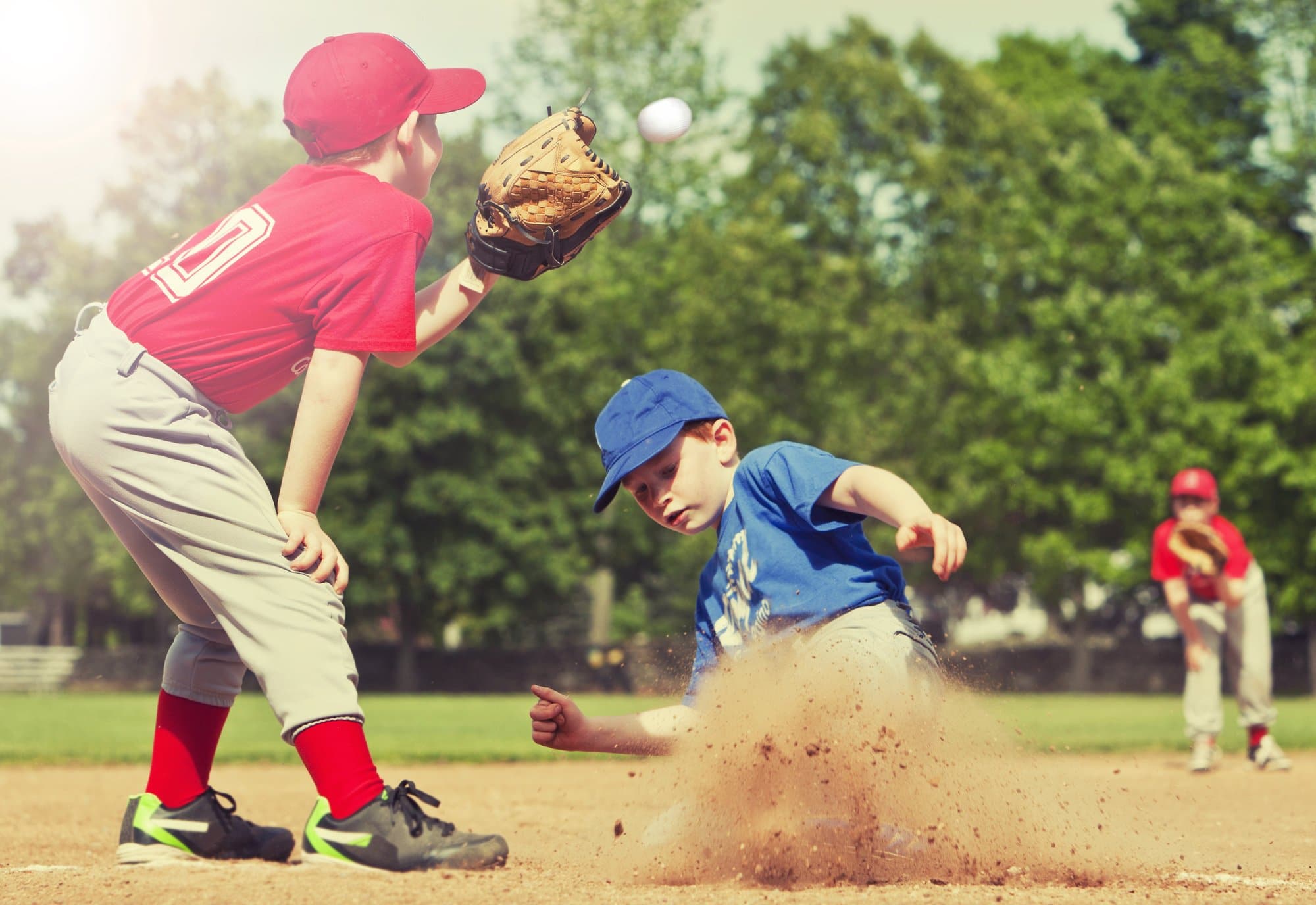 How to Design Custom Trading Pins for Baseball

Baseball, Baseball Pins, Baseball Trading Pin Designs, Baseball Trading Pin Types
Whether you're with a local Little League or a regional travel club, custom trading pins are a staple at baseball fields around the country. Games and tournaments often see more trading than Wall Street. Players exchange their own pins for new ones, creating friendships and memories. While most pin manufacturers offer to help with artwork, […]
Read this post Baseball, Baseball Coaching, baseball lessons, Baseball Parents, Baseball Team, Baseball Training, Lessons from baseball, Little League Baseball, Little League Parent, Sportsmanship, Youth Baseball
Are you interested in changing your coaching strategy but do not know where to start? Review these little league coaching tips and improve your game. Active kids have lower health risks, have higher test scores, and are more likely to go to college. Plus, being physically active has shown to increase brain power, happiness, and overall health. […]
Read this post